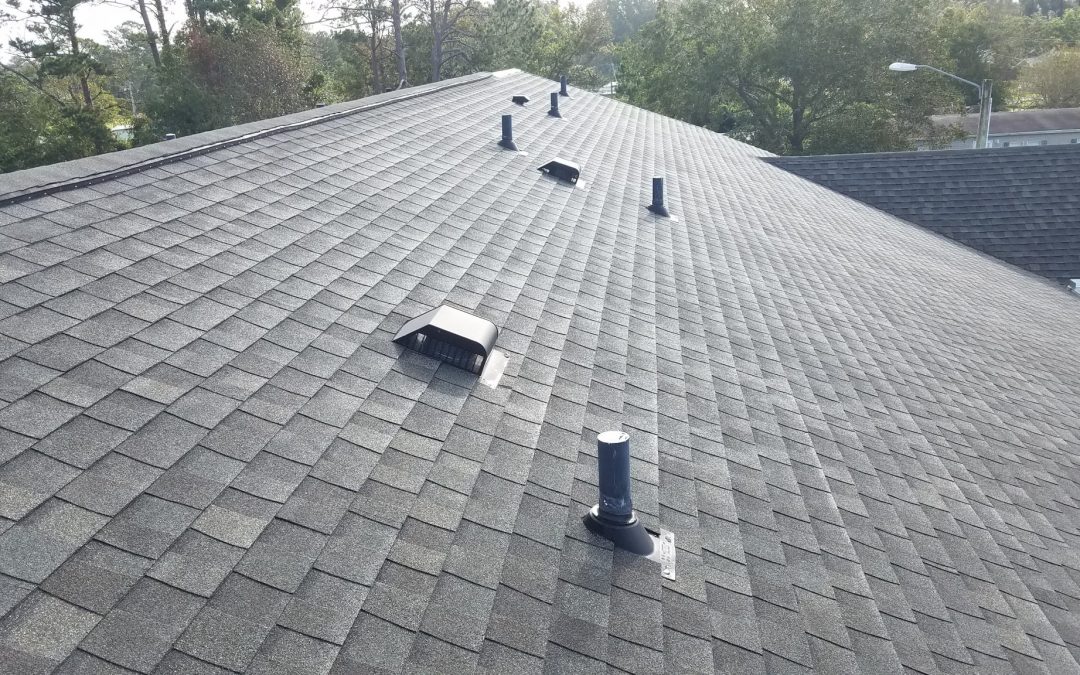 Hurricane Florence devastated eastern North Carolina in September 2018.  We spent much of our time evaluating roof damage the year following that disaster.  What we witnessed from Hurricane Florence and previous high wind events is that a large portion of the damage to homes and multi-family complexes were related to water intrusion due to failure of the roofing system.  Our inspections found that shingles were often not installed as per the manufacturer’s installation instructions for high wind zones.

Common mistakes noted during our inspections were:

Asphalt shingle installation instructions, including high wind zone requirements, are printed directly onto the shingle bundle cover.  There is no excuse for a roofing contractor to install the shingles incorrectly when instruction methods are so easily available.

Roofing installations can be improved by selecting an architectural, also known as dimensional, style shingle verses a standard three-tab shingle.  The architectural shingles are more durable and wind resistant.

If possible, vent the attic space with alternative methods than a ridge vent.  Ridge vent shingles are more likely to be damaged during high wind events and are often not found installed in accordance with manufacturer’s instructions for high wind area.

Do not assume that all contractors are installing the shingles correctly.  The roof may not leak, but it also may not be installed to withstand the high winds common in hurricane zones.  There is potential for major interior water damage when the roof assembly fails.